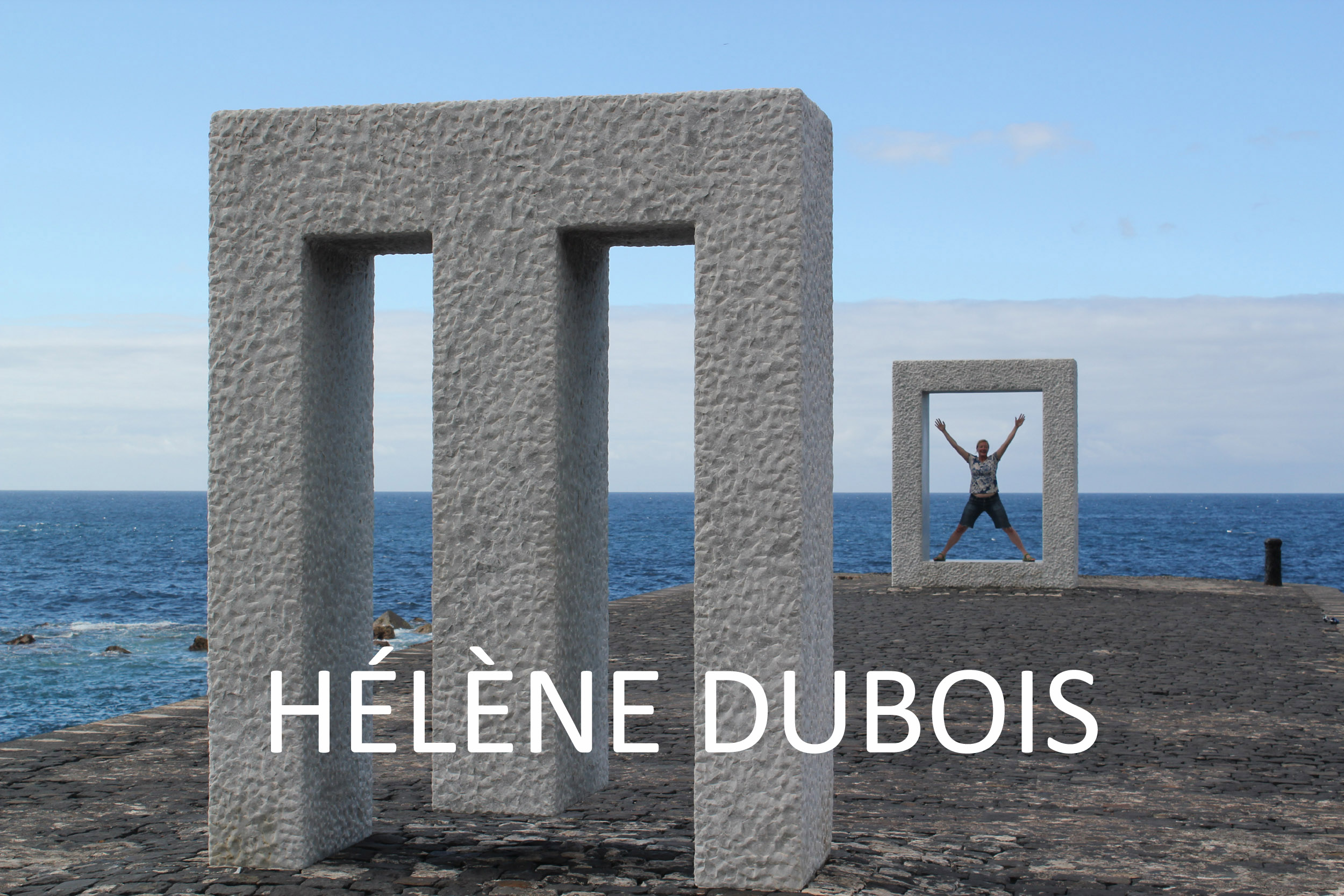 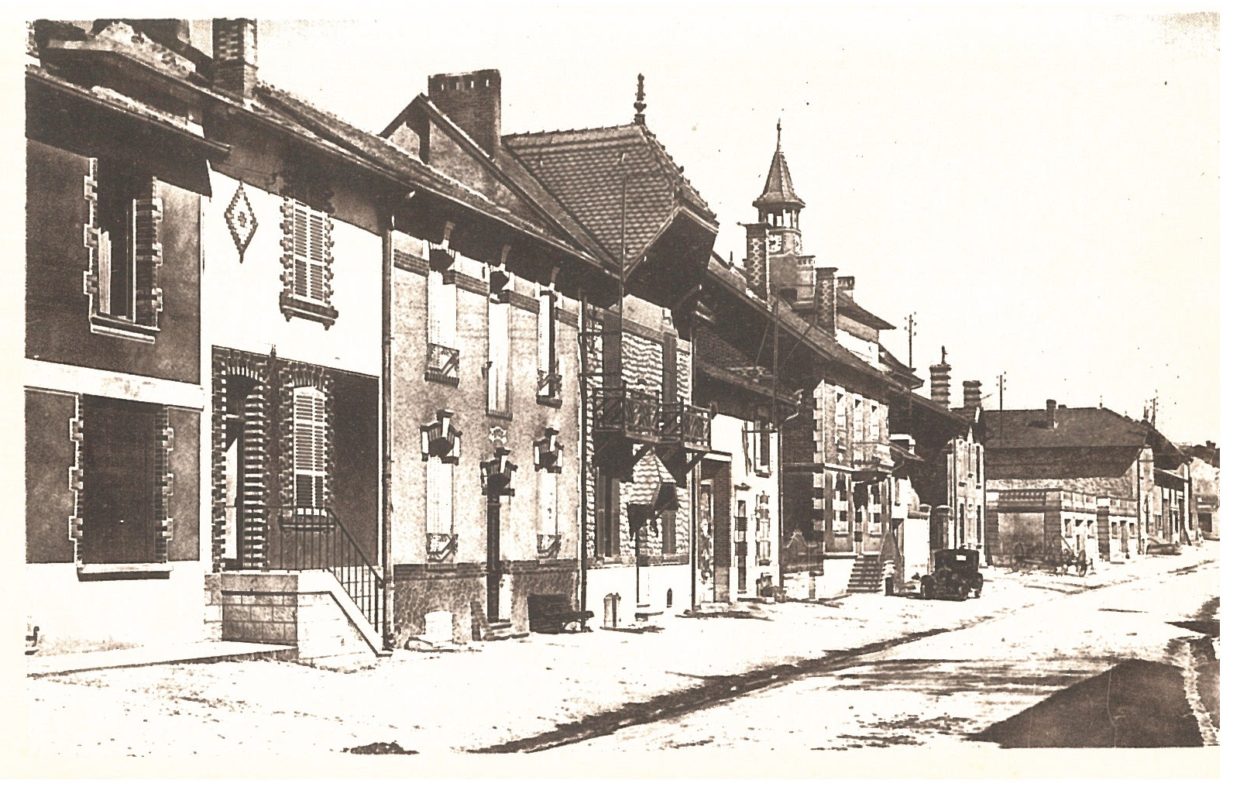 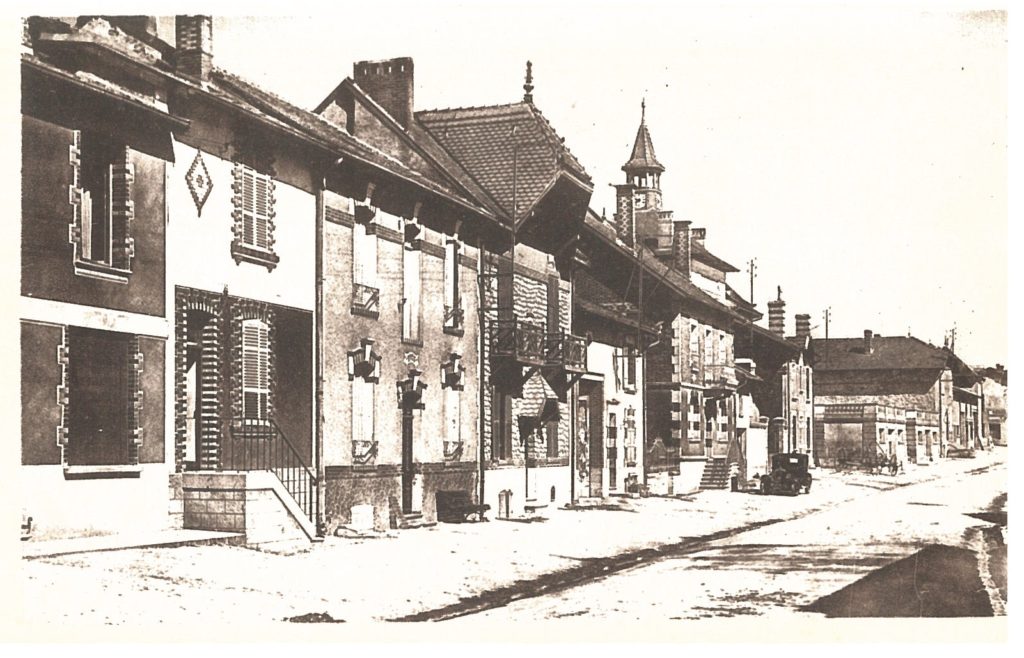 Before the Great War Romagne sous Montfaucon was a small village near Verdun. In the 19th century it had around 700 inhabitants. Currently the number lies closer to the 200. During the Great War it became the focal center of the Meuse-Argonne offensive 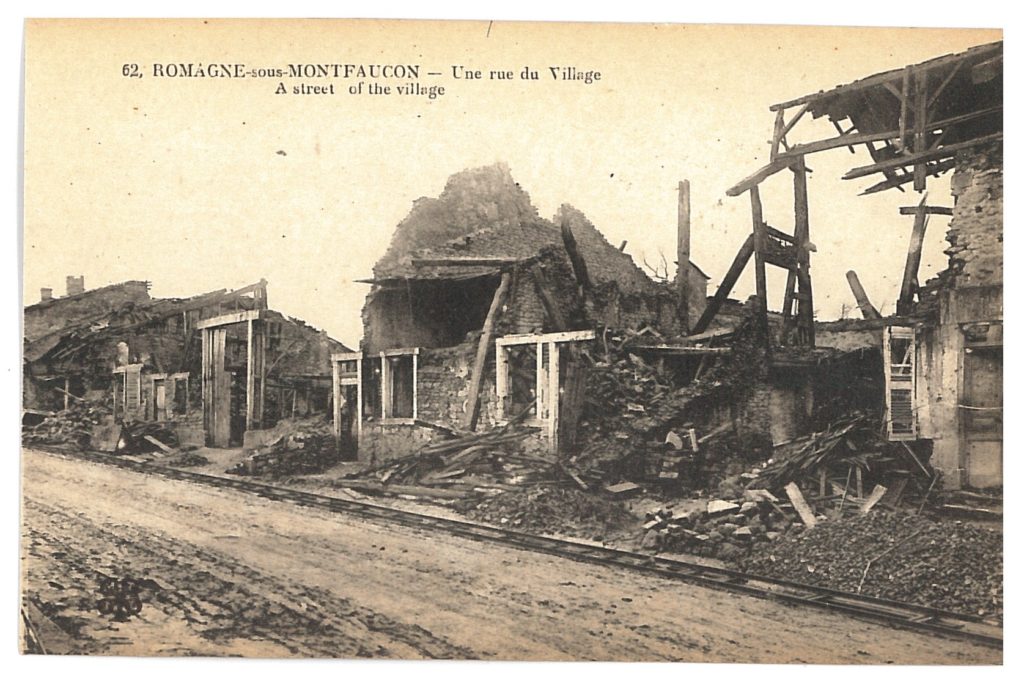 The village was accidentaly destroyed during the Great War in October 1918 by American bombs. From the diary of Horace L. Baker (Argonne days in World War I, Ed. Robert H. Ferrell, Columbia, University of Missouri Press 2007 p.76 ):

It had been claimed that the shells were German and from across the Meuse, but it appeared to me that they were coming from the Soutwest an I always will believe that they were American shells falling short . 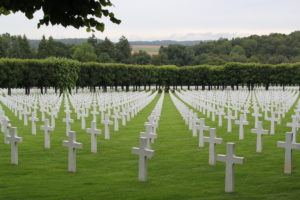 This is the largest American
military cemetery in Europe. Almost 15.000 American soldiers lie here, most of them killed during the Meuse-Argonne offensive of 1918 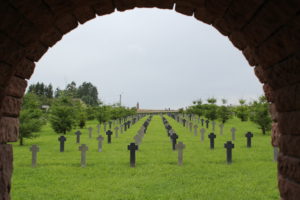 The German cemetery contains the graves of 1412 German and 4 French soldiers. It was begun by the Germans in 1914 to bury the soldiers killed in battles in the area. 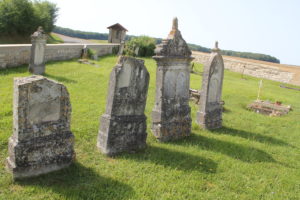 The civilian cemetery shows the scars of the fighting that went on in the streets of Romagne when the Americans arrived in October 1918. 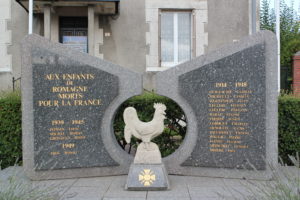 In 2000, the old monument was replaced by this marble plaque commemorate those ‘mort pour La France’. It depicts the rooster, symbolizing France, and the names of the fallen during both world wars. 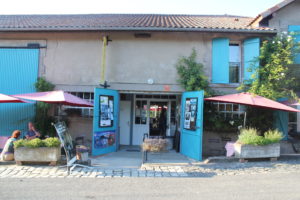 A private museum which shows  the daily life of the combatants from both sides, fighting in the Argonne forest, collected by the museum owner.